Peru is the fourth largest exporter of ginger in the world

The price of ginger from other origins differs from Peruvian ginger and ginger from the Netherlands, which show a higher level of 80% above the world average price due to their better characteristics.

This is according to a study by the General Directorate of Agrarian Policies of the Directorate of Economic Studies and Agrarian Information of the Ministry of Agrarian Development and Irrigation (Midagri), which indicated that, on the demand side, the main world buyer of ginger is the United States. This country has classified whole ginger in two tariff subheadings: conventional unbroken and unground ginger and organic unbroken and unground ginger.

In this respect, he explained that North American imports of conventional ginger of Chinese origin still maintain an almost monopolistic position; however, Peru has managed to position itself this year as the third most important supplier after China and Thailand. Regarding imports of organic ginger by the United States, our country has managed to displace China and has become the most important supplier in this market.

He explained that ginger is rich in antioxidants, which is why medicinal benefits such as strengthening the immune system are attributed to it. Hence, the latter reason is likely to explain the increase in consumption in this Covid-19 pandemic scenario, both in the local and foreign market.

During January-August 2020, Peruvian ginger exports increased by 110% in terms of volume exported and 97% in terms of value. This is considered a good sign for the definitive launch of this tropical Peruvian product.

The Food and Agriculture Organization of the United Nations (FAO) has registered around 40 ginger-producing countries in all continents of the world.

It is important to note that, in 2019, China, the world’s second largest producer and the world’s leading exporter of ginger, faced drought problems that impacted the production of 737,333 hectares of this crop in Yunnan province, in southwest China. This was compounded by floods that overflowed the banks of Poyang Lake in Jiangxi province; in addition, the wider Yangtze River basin, which includes Poyang Lake, was overflowed.

Exports of ginger are recorded in 100 countries. The country that manages the world’s exportable supply and defines the price behaviour is China, which represents 67% of the world’s supply on average. Other countries that have an important presence, but in a smaller proportion, are Thailand, the Netherlands and Peru, which together have an average share of only 16.4%, although in recent years they have gained a greater presence and represent 20% of the total market (2018-2019).

As for Peru, it is striking to note the tremendous increase it has shown in recent years, with an average growth of 42.8% per year. Until 2017, it ranked fifth in importance as an exporting country, but, in 2018, it overtook India and occupied fourth place to date.

Ginger has two forms of presentation as a raw material in world trade: “unground or powdered (whole)” and “ground or powdered (powder)”. Ginger trade in the form “whole” accounts for 96% on average of total exports and shows a rather dynamic behaviour, while trade in powdered ginger accounts for only 4% of the total and has a low dynamic behaviour, with a tendency to stagnate.

In that sense, world exports of whole ginger show a growing behaviour, increasing by around 6.2% per year in terms of volume and by 15.4% in value.

It was highlighted that the price of ginger from the other origins differs from the prices of ginger of Peruvian and Low Countries origin, which show a higher level by 80% on average above the world average price, which has a very interesting explanation. According to the Trade Office of Peru in Los Angeles (USA), in the case of the Peruvian product, not only does it have superior organoleptic characteristics, but it is also a mostly organic product. 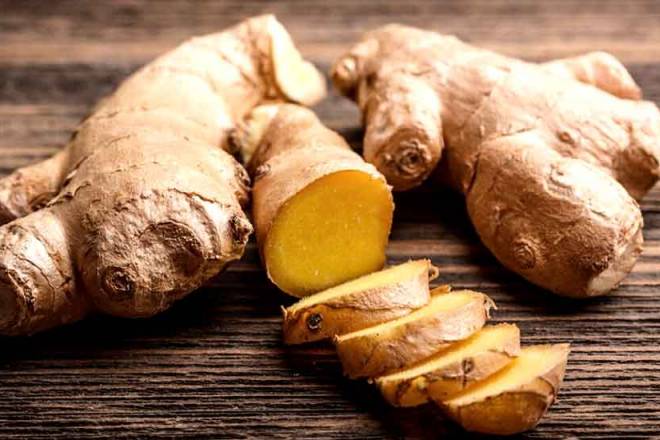 Imports of this product in terms of volume are more stable, with an upward trend and an average annual growth rate of 10%. In terms of import volume, in 2019 it reached 807,000 tonnes for US$ 968,634,000. It should be noted that, in 2019, the world import volume has managed to exceed exports, a gap that has had to be covered by available stocks.

With regard to the main importing countries, given that ginger is a product that is used on all five continents, there is a high diversification of markets. Statistically, around 170 markets are registered as demanding this product.

Two types of markets can be observed. On the one hand, the high-volume imported markets are lower quality but higher quantity ginger consumption markets, where prices are lower and many of these countries are also producers. On the other hand, the more quality-demanding type of market which, in most cases, is import-dependent; it is in this market that the best prices are paid.

The first type of market shows large importing countries such as Bangladesh and Pakistan, while the second type of market shows countries with lower import volumes, basically from the northern hemisphere, such as the United States, the Netherlands and Japan, in addition to markets such as Germany, Hong Kong, Switzerland, Russia, among others.